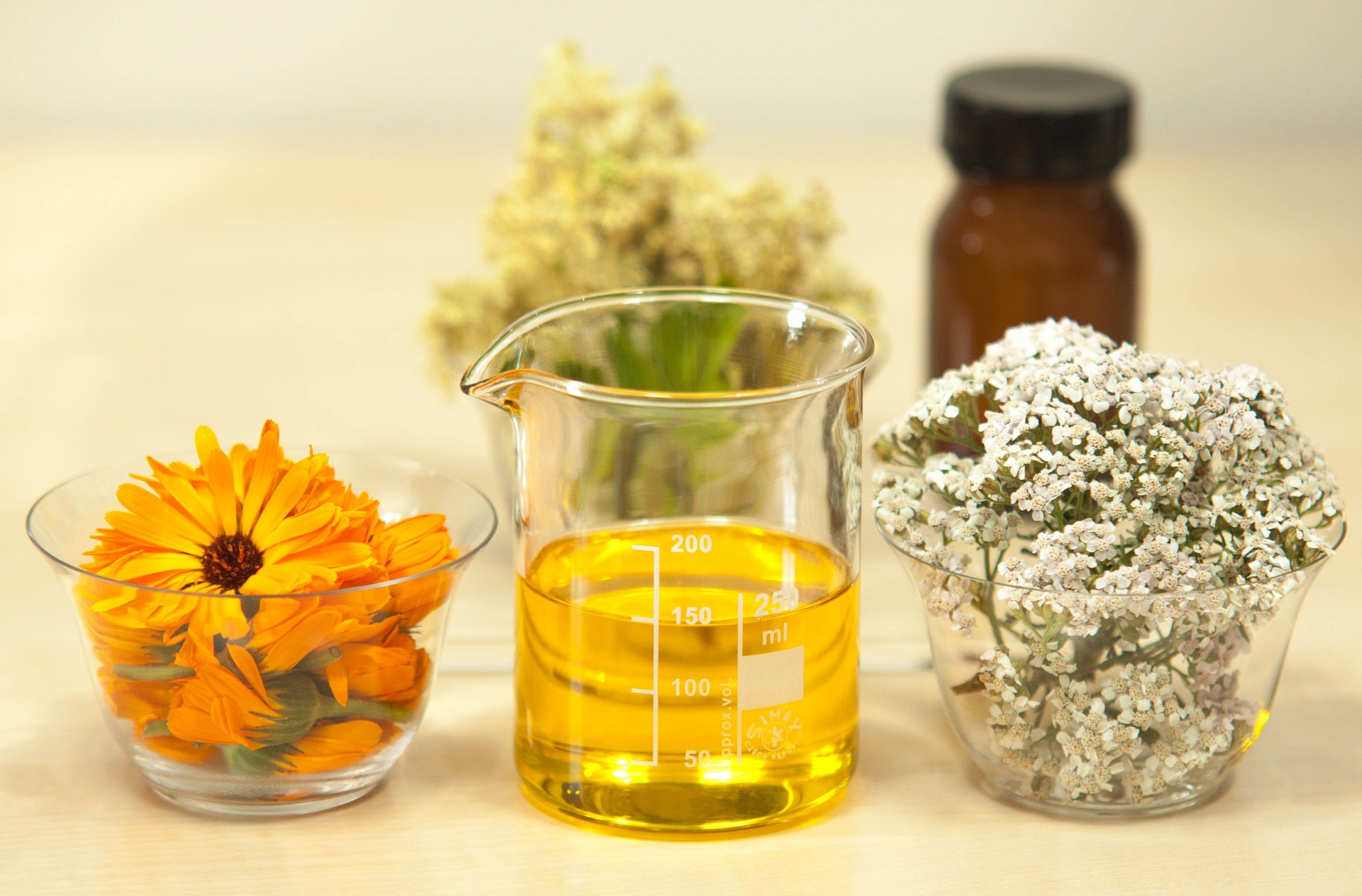 For centuries herbal remedies were used to treat different medicals problems. Even in modern times, they remain strong support in many treatments.

Cancer treatments can be aggressive with body and side effects could be relived with herbal teas.

Many herbal remedies have an antioxidant effect supporting the immune system in recovering.

One of the most popular herbal tea, chamomile, relieve anxiety and depression, and improve quality of sleep.

For gastrointestinal condition, a cup of this tea help to ease nausea, bloating, and gas.

Rich in apigenin chamomile has a strong anti-inflammatory effect. In tube-test apigenin shown to fight some cancer cells.

Known for the minty taste the peppermint is used in medicine for thousands of years.

Rich in menthone, menthol, and limonene, the tea is not just a refreshing drink but also a remedy for the digestive system, headache, fatigue, insomnia to mention just a few of benefits.

Some studies suggest that peppermint has antibacterial properties.

Everybody knows ginger for spicing the food and for health benefits. Multiple studies proved how useful can ginger be in nausea and diarrhea, in muscle and bone pain.

of a variety of cancers: gastric, pancreatic, liver, colon, and many more.

The best way of making ginger tea is to infuse a few slices of ginger in boiling water for  5-10 depending on how strong you like the taste.

The tea can be used prior to starting chemotherapy for reducing nausea during the treatment.

Rosa canina spread around the world and has been used to make jams and drinks for centuries.

It has a high concentration of vitamin C and has a strong anti-inflammatory effect.

It is used in pharmacology to treat arthritis, liver, pancreas, kidney, digestive disorders, cancer to name just a few.

Like tea is very refreshing in top of all benefits for health.

Some in tube tests revealed the reductions in the growth of cancerous cells treated with dandelion leaf extract.

At the same time, other studies suggest a strong anti-inflammatory, antiviral, antibacterial effect.

Cultivated in many parts of the world is another edible plant that is also used in pharmacology.

Studies in vitro have suggested that Calendula could have anti-inflammatory, anti-genotoxic, anti-viral and antibacterial properties. Is also a plant with an astringent effect.

Yarrow is a very popular herbal remedy in old cultures from India, China through Europe, and old native Americans.

Very rich in salicylic acid and flavonoids it has an astringent, tonic, and stimulant effect.

I decide to refer to them together as long as they are the same plant, the difference comes just from the way how are processed.

Both of them are recognized packed with antioxidants but also have caffeine.

The Oolong Teas has more or less the same effect as Green and Matcha Green Tea but a different flavor.

All of them are high in antioxidants and are associated with healthier gut bacteria, stronger bones, lowering the risk of degenerative diseases and cancer.

Before, during, and after cancer treatment

as well as a healthy lifestyle is good to stay hydrated. Most of us find it more pleasant to have a cup of tea instead of plain water.

Most of the herbals teas are associated with some kind of health benefits including a balance of body pH.

-drink the teas, not on a very high temperature, around 40 deg.C

-Take into account the caffeine intake for the day

-Advice your medical team about any herbal teas, remedies, or other supplements to make sure is no unwanted interaction with the main treatment.